In a nutshell, it is my exploration of the extra-ordinary. Anything from meditation and hypnosis to the deconstruction on our views of what makes up reality. Asking questions like, is there more than just the physical world?

This is done on a two-part basis where some ordinary and some not so ordinary people talk about their personal beliefs and their spiritual experiences.

The interviews lead to the second part, an analysis of these beliefs and experiences.

In the meantime, there will be articles written about other interesting things and key points. These will help gain a greater understanding of the universe we are trying to explore.

We will try to unravel this journey with a logical viewpoint. When available, I will draw upon a scientific background or at least already established theories. With this in mind, I still want to break the boundaries of what science can explain, while also using a scientific mind. The path of science explains that “experimentation is used to explore observations”.

Although in this journey, with some subjects, there will be very little in the way of experiments if nothing at all at times.

Most of the time we will only have observations and theories on these observations. Theoretical physics is a thought based science, using theory’s and what is known in the observable universe to come up with concepts. These concepts in the last century have been fundamental in many areas of physics.

On this point, the analysis of this journey could be called Theoretical Spirituality. Using theory’s and observations to come up with concepts of the extra-ordinary.

With this journey into Theoretical Spirituality, all I ask is you keep an open mind. A lot of the theory discussed will be based on my or other’s observations. The factual side will be cited wherever possible.

Along this path you will find some overlaying themes, these are described below and will be evaluated and improved upon during the exploration. These themes are here to help understand the extra-ordinary and allow us to take steps forward on this journey.

Synchronicity- The Science and the Spiritual 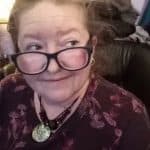 A story of orbs, synchronicity, meta-physical tunnels and spirits.

It was interesting hearing about Julia’s life, she has many experiences to draw upon. In the two hour interview we only scratched the surface.

Synchronicity- The Science and the Spiritual

Astounding coincidences are all around us but are they just a random series of events or can we find hidden meaning behind them?  The answer may depend on your belief …